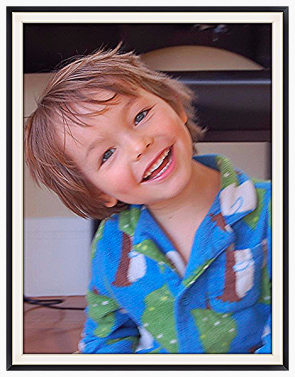 Caleb Sears was a healthy six-year-old living in the Bay Area. He was in his first year of elementary school and just starting to read and write. He loved playing with his little sister, climbing trees, singing Les Miserables, and making up funny stories about llamas and time machines.

In March 2015, Caleb went with his parents to a reputable oral surgeon’s office to have a mesiodens extraction, a necessary but elective dental procedure. Caleb stopped breathing after general anesthesia, (including the drugs Propofol, Fentanyl, Ketamine, and Versed,) was administered. The oral surgeon was performing the procedure alone in his office with his dental assistant and a sedation assistant. Moments passed before anyone noticed that Caleb had stopped breathing. He suffered irreversible massive injuries and died because there were no adequately trained support personnel available or sufficient monitoring equipment.

Caleb’s death was preventable, as were those of numerous other children. Help us prevent this from happening ever again.

Caleb's Law was signed into law in California by Governor Brown on September 23, 2016 and it went into effect on January 1, 2017.*

·      It requires that the Dental Board of California establish a committee to study the safety of pediatric anesthesia in dental offices and whether additional safety measures would reduce the potential for injury or death in minors. These finding will be reported to the Board and be made publicly available.

·      It requires that people licensed by the Dental Board to administer general anesthesia inform a child’s parent or guardian of the differing practice models and safety precautions currently in place.

·       It facilitates the epidemiological study of pediatric anesthesia and sedation by requiring the Dental Board to collect more information regarding adverse events.

*A follow up bill to change the way anesthesia is administered in dental offices and make it safer for children undergoing sedation and anesthesia met with strong opposition from the dental lobby, who do not support banning the operator-anesthetist model of care for children aged 6 and under during general anesthesia.

Many thanks to Assemblymember Tony Thurmond, the author of Caleb's Law and the follow up legislation (AB 224).